Consulate General of the Republic of Poland in Chicago 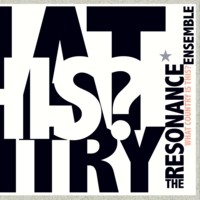 Starting on Wednesday, March 2nd and running through Sunday, March 6th, the international Resonance Festival will be held in Chicago and Milwaukee. Featuring musicians from Poland, the Ukraine, Sweden, and the United States, the festival will present various combinations of small group concerts over several days, and will culminate with a performance by Ken Vandermark's 10 piece orchestra, the Resonance Ensemble, at the Chicago Cultural Center. In addition to these shows, the festival will also represent the work of 4 important record labels from Poland: Not Two, Laurence Family, Kilogram, and Multikulti; all of which have documented the work of the artists involved.

This festival focuses on the growing impact that Poland is having on the contemporary Jazz and Improvised Music scene, bringing work that has happened primarily in that country to the United States. The Resonance Ensemble provides the backbone to the programming- members of the smaller bands involved all belong to the full ensemble- and the large group will perform new music written for the occasion by Ken Vandermark, which is inspired and dedicated to the poetry of Czesław Miłosz. To coincide with the Resonance Festival there will be 2 brand new albums released: "Last Train To The First Station," by the Reed Trio (on Kilogram), and "Kafka In Flight," by the Resonance Ensemble (on Not Two).